Nobody messes with the Space Time Continuum 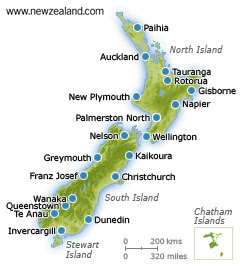 Act I: Just getting here

Hello from Auckland New Zealand. I finally made it. Let’s see, my sister dropped me off at the San Jose airport at 3:15pm on Wednesday the 2nd. I flew to Los Angeles, then to Sidney Australia, and then to Auckland New Zealand. I spent a total of 19 hours in a plane, and a total of 28 hours from my house in Gilroy to the hotel here in Auckland. All I have to say is next time, take a direct flight, I don’t care how much more it costs. I am a walking zombie right now. I went through 4 different security checkpoints and through 3 customs checkpoints once in Auckland. Happy to say though that I never got searched and didn’t have to go through the stupid puff machine. Also, just so you know, it’s only us silly Americans who have all these strict rules and regulations. The flight attendants would say things like, “due to us flying out of the US, please….” Or “because of US federal regulations, please…”. And we are the only country, which makes you take off your shoes. There were some American ladies in front of me at the Australian security point and the guy kept saying, “No no, you keep your shoes, I don’t need them.”

Oh, and you got to love Australians. When I got my ticket from LA to Sidney, I flew V Australia, which I believe is a part of Virgin Air. Anyway, you walk up to their ticket counter and they have dance club music piped in, and the walls and ceiling are painted black and purple and the V Australia signs are neon red. These people know how to have a good time. I was not looking forward to the long 15-hour flight from LA to Sidney. My sister can tell you how anxious and nervous I was. But I did ok. No puking the entire time. And I slept through most of it. No screaming babies, a few snoring guys, but luckily the plane was not full. I was in the middle row on the aisle and there was a guy on the other aisle, so there was an empty seat between us. That was nice. However I was extremely jealous of the gal across and one row up from me. She had three seats all to herself. The movie selection was huge. I watched one movie, ate part of the dinner served and then tried to sleep. I guess I slept quite a bit, though it felt like I would sleep for 10-15 minute intervals, but then when I smelled breakfast, I looked up and the screen said, 2.5 hours left in our journey. I couldn’t eat the breakfast, my stomach wouldn’t handle it. I did take the little crescent roll though.

My layover in Sidney was just under 3 hours. I flew Emirates. The female flight attendants have to wear these funny hats. And everything is in Arabic. Lots of interesting people on that flight, and a whole lot of crying babies.

Both the long flights had TV screens at every seat and USB ports. However, I never did take out my laptop or ipod. I suppose it didn’t help that the two DVD’s I brought to watch were also options on their TV’s.

Well, I have been in Auckland for just over 6 hours. It’s raining, and supposedly to rain tomorrow. Kind of bummed about that. I had planned this “Coast to Coast walk” which starts on the Pacific Coast of Auckland and takes you through the city to hit all the cool parks and such to the bay of the Tasman Sea. The walk would take about 5-6 hours for me to walk it, and then I could hop on a bus to take me back into the city center (where my hotel is). If it is still raining tomorrow, I will go to the i-site visitor centre and see what they have to offer cheaply and mostly wet free.

So far in my 6 hours, the people here are nice. I took a shuttle van from the airport to the hotel (they drop you where ever you want to be dropped off). That took about an hour. The shuttle holds 10 passengers and I was one of the last dropped off, and traffic didn’t help. I’ve never been to a country where they drive on the left. Freaky! I hope to get used to it pretty quick. When I finally made it to the hotel I took 3 Motrin for my horrendous headache, and laid down for a little over an hour. Luckily I woke up! (When I got to my room, I couldn’t turn any lights on. Went back down to the desk, and he explained I have to put my room key in this little slot by the door and that will activate the electricity. I felt like a dope. He said it is so that guests don’t leave the lights and such on all day while they are out and about. They are real big here on environmental things.) I was then starving, and went to the café in the hotel. It’s a Chinese/ Malaysian mix. Who knew? It was good. I watched a Cricket game on their projector TV. I don’t understand that game… at all. I took most of the food back to my room, my stomach is still not right. I showered, brushed my teeth, and now I almost feel human again.

Well, no pictures yet. I’ll start that tomorrow when I go exploring. The next time I check in will hopefully be in two days. I’ll be flying to Wellington, the capitol, that morning.

Oh and the NZ Dollars still represent the British Empire. Queen Elizabeth II is on most of the currency. I don’t think it has really sunk in yet, that I’m actually here.

Ps, my bath soap exploded, so everything in my bath room kit is covered in blue soap. I even had the bottle in a plastic baggie!

Kelllllyyyyyy!!!! You made it! I miss you already boo but I am living vicariously through you so write often!! Have fun!!!