Been needing to write, but haven’t been able to... write. Or more to the point what about. I think I should write something funny and light hearted, a la another blast from the past photo. But I don’t want to share too much. I kind of like anonymity or being mysterious. Bwahahahaha. Perhaps another tour of the music library, but I am in the process of replacing said library due to a bug or glitch or upgrade compatibility issue, and I’m only halfway through the “B’s”. So, an update on the job front? Not sure I should share that publicly... yet. I will only say, I am no longer in Victorville working. So, update on the me exercising? Are you all bored with that yet? Perhaps I will eventually do all of those.

In the meantime, while I sort all that out, last week I was house-sitting for my parents and got to spend some quality time with my cat, Quirk. This was our favorite hang out spot. 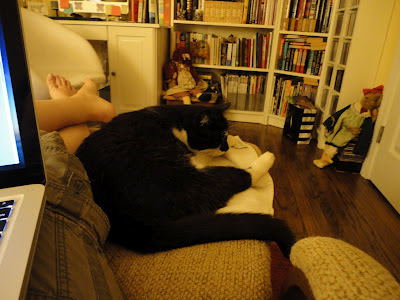 Posted by The Lonely Traveler at 12:39 AM No comments: 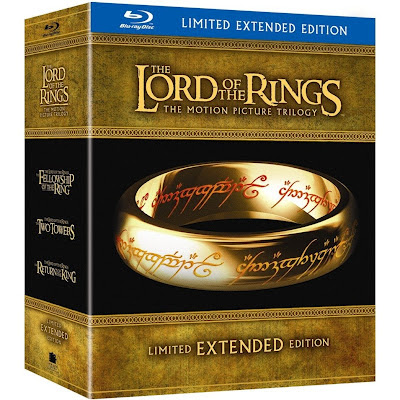 Am I a bad fangirl if I haven't purchased this yet? I really do want it. But I don't even have a Blu Ray player. Oh my, does that make me an even worse fangirl? Oh dear. I'll go hang my head in shame over here in the corner... without my elf ears.

*I don't own elf ears or hobbit feet. Going back to my corner of shame.
Posted by The Lonely Traveler at 7:01 PM No comments: 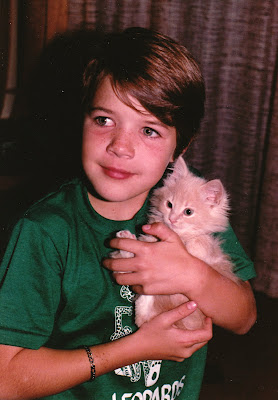 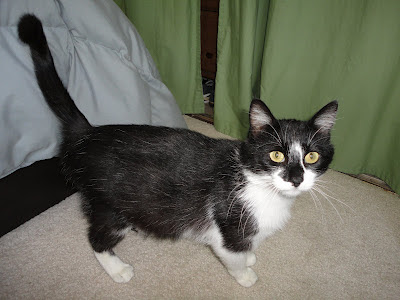 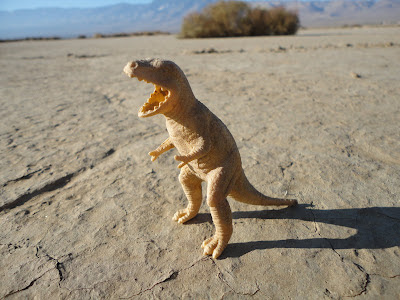 Back in a Starbucks in Victorville, listening to my tunes in itunes so I can find my finicky tracks that need fixing. I have been having problems with my ipod and itunes lately. They have decided to not play certain songs or not play them all the way through. I now know how to fix it, but I have to find each song that is doing it and replace it. So, I will be doing a lot of listening for awhile.

So I am here in Starbucks procrastinating on the business stuff for the shop and am writing a blog instead. Go me!

I guess I will update you on the whole me exercising and liking running. Since being in Victorville I have not been able to run and I am missing it. I am antsy and fidgety. But due to the extreme heat and skeeziness of Victorville, I cannot run outside. It’s just not safe. There is no gym at the hotel, so no running on a treadmill either. I have been having a hard time finding a substitute. I didn’t want all that hard work I put in for months and months to fade back into flabby lazy fat cells again. At first I tried a pilates video workout thing and I brought my dumb bells with me. I did the pilates thing but it was kind of boring and annoying and though it is a workout (I got slightly sweaty) I felt it wasn’t enough. I was still antsy and fidgety and restless. Then I went through the videos we have in the garage. Oh my god! I just couldn’t do it. I was laughing so hard at the ridiculous outfits and things they expected me to do. I just couldn’t. The unitard, still gives me nightmares! So this last time I was home over the break I went to Target and bought a Jillian Michaels kickboxing video. She is kicking my ass! I like it better, and I am really sweaty by the end of it. But again, I’m just not sure it is enough.

I’m really tired at work during the day... morning, whatever. I am sleepy. I get back to the hotel and decompress a bit, shower to get all the sunblock off and then do the workout. It wakes me up, which is good, because I need to stay awake to work on the business and such (yeah, I’m working on it real hard right now), and I don’t want to nap because then I won’t fall asleep at night when I need too.

So anyway, Jillian is kicking my ass while I fake box in my hotel room and I look forward to running around my neighborhood when I get home.

It is strange to think that when I started this odyssey it was hard to tie those tennishoes and get out the door. I had to really motivate myself. Now, I can’t wait to tie those tennies. Go me!
Posted by The Lonely Traveler at 7:25 PM No comments: