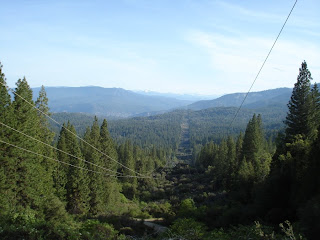 To update you on what I've been doing since the desert experience... let me see... i went to southern San Benito County for a day to survey a creek bed, went back to the Sierra's a few times, did some survey and recording in the Kettleman Hills (cow country) in the oil fields. Had to take an 8 hour class on the thousands of ways I can die in the oil fields. (it wasn't called that of course but that is basically the gist of it) And when I wasn't out, I was in the office typing away and making maps and generally trying to stay out of trouble.
Posted by The Lonely Traveler at 8:45 PM No comments: