Lady Marmalade... without the prostitute part

Due to our sort of success with making plum jam this past year, I thought we could attempt to make mandarin orange marmalade from the mandarins of our tree in the back yard. We aren't eating them fast enough or giving enough away, and I don't want them to go to waste like our last batch ever of white nectarines (I cut the tree down - don't worry, will be replaced with a lime tree in the near future). 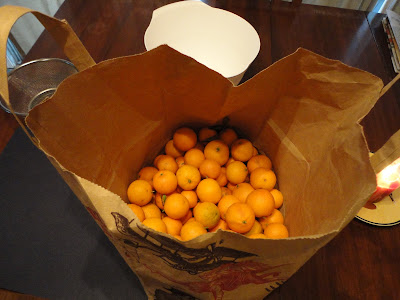 So this past Sunday I went and picked about half of the remaining mandarins off the tree. Looked up some recipes and found two to try. One for mandarin marmalade and one for mandarin vinaigrette. Apparently there is enough pectin within the pith of the citrus, and you don't need to add any, so we already had what we needed for the recipe. And only needed to buy some cider vinegar for the dressing. 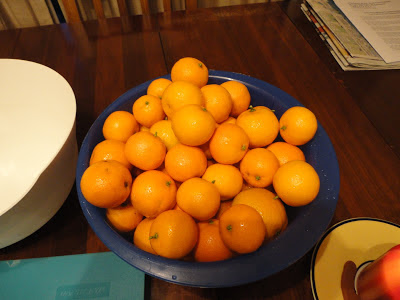 So Monday evening rolls around and I thought I better get started on the marmalade. So I washed a little over half of the mandarins. And started peeling zest, peeling the little buggers, and picking out seeds, and removing pith. 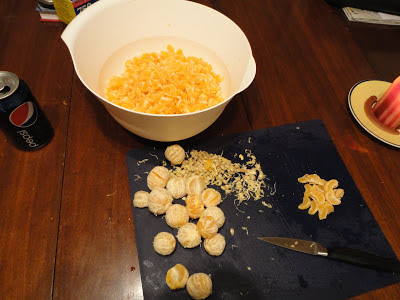 Oh My God! I started at 5:30, and finally finished with a little help from sis when she got home from work at 11:30! My fingers and back were sore. Suffice to say, we did not actually make anything on Monday. 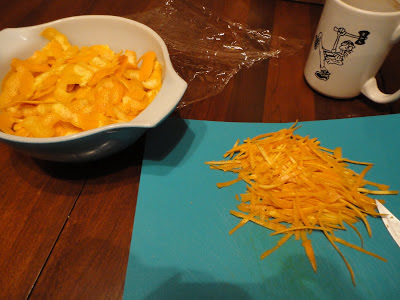 Tuesday evening rolls around and I thought I'd better get cracking. I begin to juliane the peels. After about 1.5 hours I am halfway through the bowl. Ugh. Meanwhile sis had made dinner and prepped the mandarins for cooking. She pulsed them in the blender a bit to break them up, added the sugar, water, and lemon juice (from our lemon tree) and had the pot ready for me to add the rinds. We decided that I had cut up enough and into the pot they went. 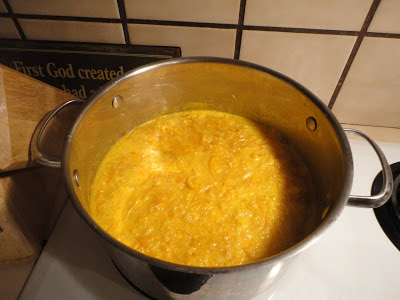 50 minutes later, ready to jar. Meanwhile we had another pot boiling to sanitize the jars. 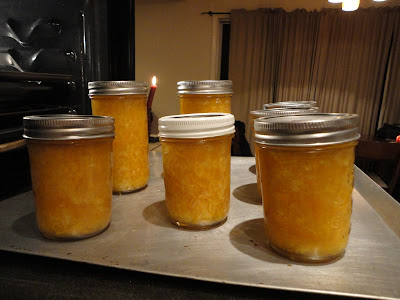 We made all of 7 jars. Which was about perfect. We only had a tiny bit left over. We reboiled the jars, and all lids have "popped". We did it. Phew. We decided that mandarin marmalade, no matter how fantastic it tastes, is not worth the effort. Over 8 hours of labor for 7 jars of actual marmalade. 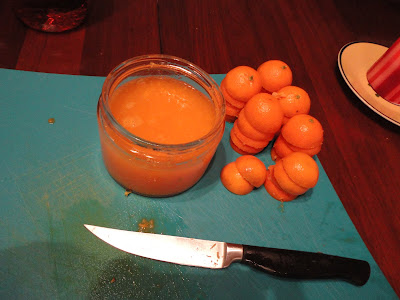 The vinaigrette however was very easy. Cider vinegar, mandarin juice, brown sugar, shallot, salt, and basalmic vinaigrette in a blender and add olive oil while it is on. Presto! 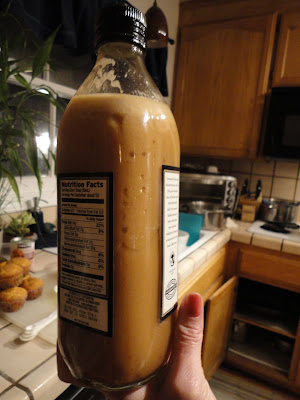 So we used all the mandarins I picked on Sunday. Now what to do with the remaining ones still on the tree??


oh, and by the way, Sura the dog was here the entire time. 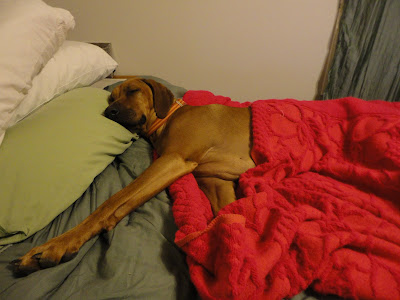 Posted by The Lonely Traveler at 11:03 PM