Have you tried rebooting? I hear it's all the rage

Just turn it off and on again. Instead of New Years resolutions, and yes I know I'm posting this before Christmas, I'm rebooting myself. Every single New Years resolution I have ever made, I've broken. It doesn't work for me. And I'm not saying making them is bad. I think for some people, maybe even many people, they are good. They are suppose to motivate you, to make you want to become better human beings. So be a better human being, dammit! sorry

I've decided to reboot instead. Like clearing your web browser. Or cleaning out your cache and deleting your cookies (your web cookies, not the real ones in the cupboard). Or hitting reset on that game. But more like actually rebooting your computer after it crashes right before your auto save saves so you loose all the work you just did. Yeah, that. So instead of punching my metaphorical computer (myself) or going all Office Space on it every time it crashes (fails at something), I'm going to reboot (start over) it.

I'm also not waiting till next week either (why does everything new have to start on January 1st? It's just another day, it's not like some super awesome most amazing person was also born on that day or anything). I hesitate to say I've had a sucky year because I know that many have had WAY worse times than I, but it wasn't all sunshine, butterflies, and rainbows. Not even a single unicorn.

Part of my reboot was getting help for my depression. Yay. I started journaling, which has helped in pulling the writer part of me out of her dark dank hole (hello blogger, nice to know you still exist on the internet). And today I got a haircut. May not seem like such a big deal to you but I haven't cut my hair in well over a year. I did cut my own bangs (so I could continue to see out of my eyeballs) and I did shave off the back (that was sort of liberating), but still, going out and having some stranger try to make small talk while cutting my hair is a big deal, okay? Geesh. I think I did good though. I think I said enough random mundane things to not make her think I was too much of an awkward, slightly pudgy, crazy cat lady freak show. There were only a few long drawn out silences. I call that a win. Also the "blowout" part where she pulls your hair with the brush thingy and the hair dryer bit felt good. Yeah, I'm not weird at all. 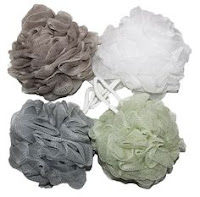 Also today I bought a new shower poof. So out with the old and in with the new. Apparently you're suppose to switch them out every 30 days????? Seriously?? Yeah, I uh.... well... *cough* I have a new one now. I should switch to a new toothbrush while I'm thinking about it.

With the journaling thing I mentioned above, I've been writing three goals for the next day. They are by no means monumental goals. Not trying to save the rhinos or anything. They are usually quite simple, like do all your work assignments, make dinner, go for a run, do laundry, or shower because you stink. Small things. And some days even these small things are too monumental for me to accomplish, but I can usually do one or two. So I am finding that even though some days I can only manage a shower, I've accomplished something that day. I wasn't a failure... at that. And guess what, I ran twice this week. Don't mind that that was last weeks goal, but I did do it. I'm learning to celebrate the little accomplishments. I got out of bed today and put on adult clothes! Woo Hoo!

So yeah, please stand by while I reboot... it may take a little time... you may want to go get some snacks.

Posted by The Lonely Traveler at 11:49 PM