The loss of Jack the Cat 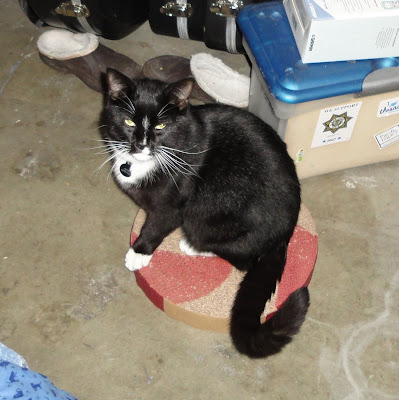 The loss of a great one

Today is a sad day indeed. Last night our most awesomest cat ever was hit by a car. Somehow he made it home and curled up as best he could in his basket and tried to sleep. My sister and I found him this morning. He didn’t look right, and he could hardly purr. Those of you who have met Jack know that the instant he sees you, he starts to purr. I pet him and lifted his tail and it went limp. I went in to tell sis that something was wrong. Something has happened to Jack. She came back out to the garage and I lifted him out of his basket and sat him on the floor. He wouldn’t or couldn't move his back legs, they just sort of slumped to the side of his lower body. I said, “we need to take him to the vet.” I got his carrier ready while sis called the vet and then the emergency vet hospital. Jack never complained when I placed him in the carrier, and never made a sound on the long journey to the emergency hospital.

He was seen immediately. Got some much needed pain killers and had x-rays done. Sure enough, he had been hit by a car. Most likely got his tail ran over and he kept going. Basically pulling the tail away from the rest of his body. He couldn't poop or pee on his own, and had lost the movement of his tail and majority of his hind legs. We decided it was best to put him down. He was a cat that loved being outside and with other cats and people. We just couldn’t see Jack confined to a box unable to walk or jump for the rest of his life. He was euthanized shortly after 3:30 pm. And we brought him back home and buried him in the front yard where he will be surrounded by roses. 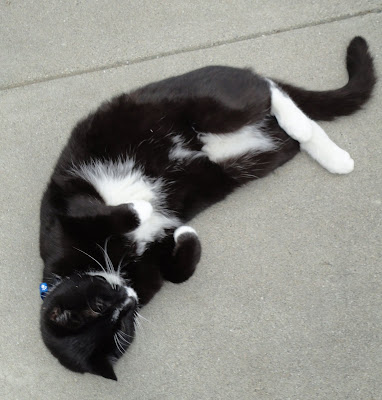 Jack was a great cat. He came to us and claimed us as his own only 5 or so months ago. He was seven months old when he came to live with us. He purred like the devil. Even at the vet where he got his first check up. The doctor couldn’t listen to his heart because he purred so loud. He made friends easily. He had a little fan club of kindergartners who would call for him on their way to school in the mornings and he would come out and let them pet him. All the neighbors knew him. He was smart. We showed him how to use his little kitty door in the garage only once. He got it. He loved to play, but most of all he loved being loved. He loved getting his belly scratched. He’d run up to you and roll over on the ground in front of your feet so you had to either trip over him or stop and give him some love. He loved “loosing” his collars! We finally after the sixth loss, got him micro chipped. He much prefered roaming naked anyway.

He will be sorely missed. His life was much too short. You were one of the best, Jack. Simply, the best! 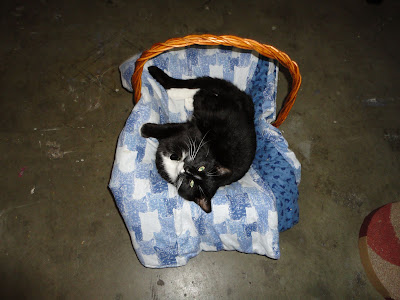 Posted by The Lonely Traveler at 5:24 PM

I am so sorry for the loss of Jack, the best cat ever. The footprints leave gaping holes in our hearts, but also wonderful memories in our minds. Call on them often.

P.S. I recognize that cat blanket in the basket -- glad to see it was put to good use.