Attention K-Mart Shoppers, Blue Light Special in Aisle you really should have your shit together by now, where's the cat food 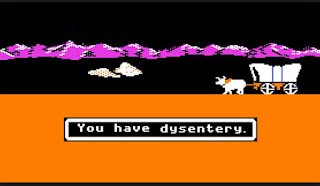 Here's a little something to tie you over till I buck up and get stuff written. I started this well over a year and a half ago now. And it's been sitting in the proverbial death pile known as drafts. I better check the link to make sure it still works. This also ties in to a future post that's partially written. I really have been thinking about this stuff for a while. So on with the oh here's a cool thought that fizzled...

I'm technically not a Gen-Xer, Gen-Yer, or a Millennial. This article tried to call my "generation" Xennials. Wha? Stupid. I was born into a micro-generation or as I like to call it, the Original Star Wars Generation (1977-1983). I was a child in the 80's, a teenager in the 90's, and thrust into adulthood in the 00's. I had an analog childhood and a digital youth. Pagers were all the rage in my high school. I remember the first personal computers. We had an Apple IIc with the big floppy disks and an Atari 2600. I was forced into getting my first cell phone in my late 20's.

I just turned 40 (see, sitting here for well over a year). I feel old now. Because I was born into this strange micro-generation, I don't quite align myself with Gen-Xers or Millennials. I was brought up to be a pessimistic optimist. Sounds ironic. It is. Que Alanis Morrissette. It was believed that we could become anything we wanted. Go to college, get a degree, become millionaires and change the world! But also brought up to realize that Social Security would be depleted by the time we needed it, the environment would be past saving, and the government would collapse, and we'd spend our senior years in a post-apocalyptic hell hole. But dammit, you better amount to something. You better make your mark on the world. You better be or do something important with your life.

So I was going to be a famous author, or astronaut, or a Ranger (the park kind). I was going to be a somebody. Well, I'm not any of those things. I haven't changed the world by writing something groundbreaking like JK Rowlins or Ta-Nehisi Coates. I didn't spend a year in space like Scott Kelly or sing David Bowie's Space Oddity like Chris Hadfield in the international space station orbiting the big blue orb. And I'm no Betty Reid Soskin, the oldest National Park Service Ranger.

I've always felt that I'm an extra human taking up space on the planet. The third child. Not the heir, not even the spare. I'm the oops. The "well that answers the question of do you want to have another"? I didn't marry. I didn't have kids. I never wanted to populate the world with more of me. Is this what a midlife crisis feels like? Is that what I'm feeling? 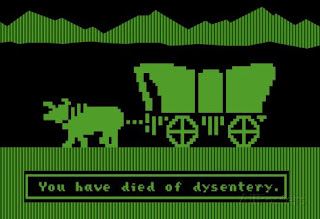 Get off my lawn!!

I never did make it to Oregon.
Posted by The Lonely Traveler at 12:57 AM